DOOM (2016) is an id Software game.
The above statement may seem strange, but it reflects what I thought while I was playing the game. id Software is a company known for kickstarting the FPS genre, and making gorgeous game engines. Sadly, their latest efforts haven’t been as successful as the original Doom and its sequel, or the Quake series. Rage, their first new IP in years, had pacing issues, and idTech 5, id’s shiny new engine, wasn’t as good as one would expect from id. One could argue that the last id Software game that felt right at home with their legacy is either Doom 3 or Quake 3 Arena (Doom 3 lacks the relentless action that made id famous but it delivered in spades if you consider the tech department)
Well, I have good news for you, fans of the FPS genre! id Software is back, and better than ever. DOOM‘s singleplayer campaign is both modern and old school. It’s incredibly good looking, runs amazingly well, and its musical score is simply perfect (thanks Mick Gordon, you are a god among men!) 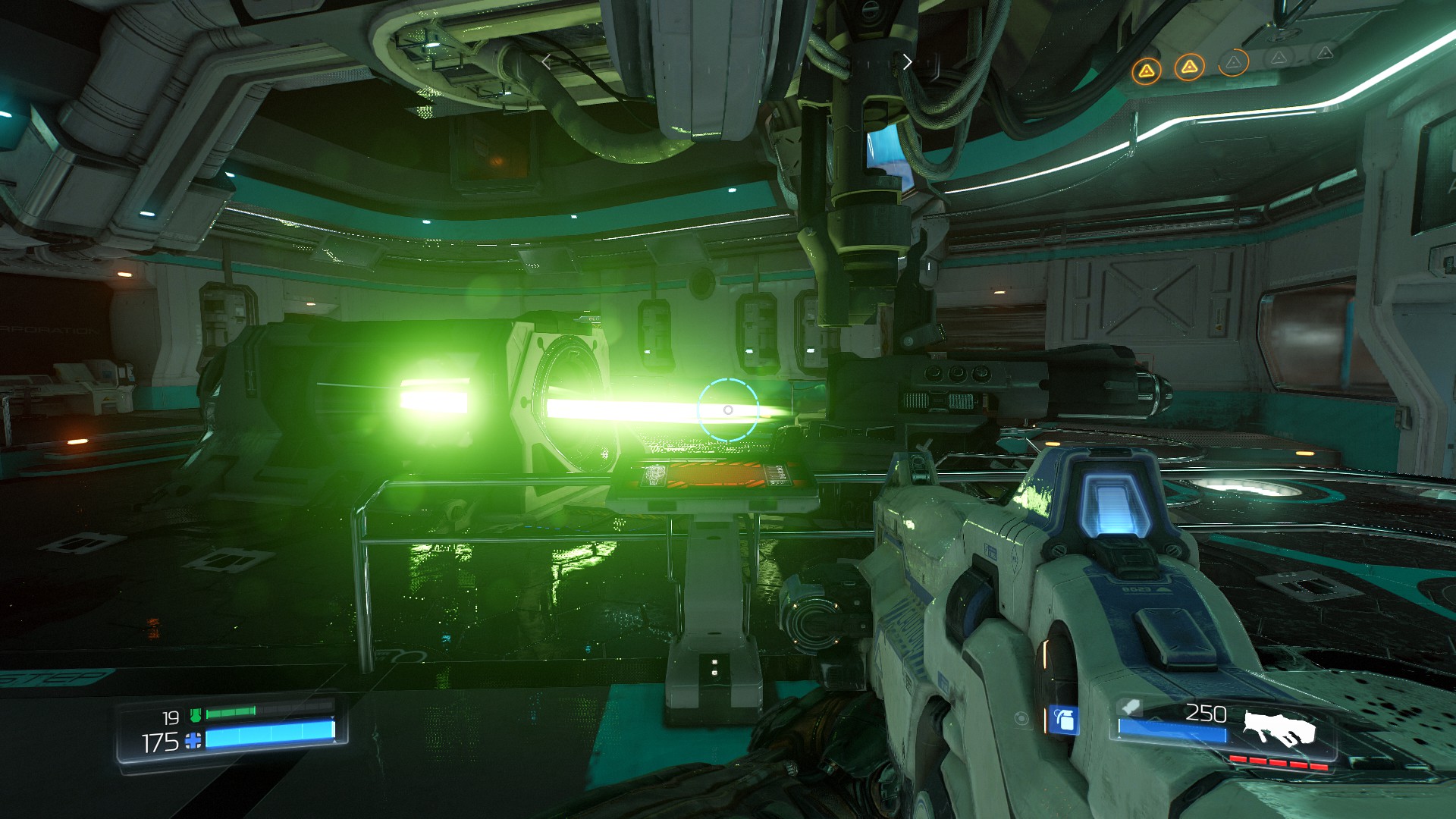 id Tech 6 is a technological marvel.

Gone is the oppressive darkness and slow action that characterized Doom 3. Rage‘s poor pacing and graphics issues? Gone too. In their place, we can find fast paced action, a well thought upgrade system, intricate maps that remind us of a bygone era, and a tongue in cheek attitude that permeates the whole story mode. Doom Guy is here to kill demons and he won’t let silly things like cutscenes get in his way.

Prepare yourself for a journey that will take you to Mars and (spoiler alert, duh!) Hell itself in a quest to blow apart thousands of demons and use their entrails as health or ammo boosts. DOOM adds a new feature called Glory Kills, which lets the player execute wounded demons in exchange for a quick health top up, and believe me, you will learn to love it!
So yeah, id Software is back, baby!
Now that I’ve relayed the good news, it’s time for the bad stuff:
The multiplayer component isn’t as good as the campaign, and it wasn’t even made by the same team (it was outsourced to the same guys that helped build the latest Halo’s online component) Movement is pretty fast, but not as fast as Quake 3. Weapons aren’t pickups anymore (with some exceptions) and you build a loadout, similar to Call of Duty or Battlefield, to name a few modern shooters that use the same system.
The SnapMap system is interesting, but a fully featured mod suite would certainly be a better thing for PC owners.

All in all, I think that DOOM is one of the best shooters of all time, and a must have for fans of the genre. A botched multiplayer offering can’t overshadow the fact that the campaign is a work of art and it can rightfully claim a place in history alongside Doom 1 and 2.

This site uses Akismet to reduce spam. Learn how your comment data is processed.

Friends of the site